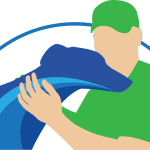 Coco was purchased for Race A Chaser Syndications at the Richmond Puppy Auctions in 2014 from the acclaimed breeders Dennis and Anne Barnes and is a daughter of Spring Gun and Little Bit Fancy.

Coco broke in sensationally at Cudal, which is run by Dennis and Anne Barnes, and has been in pre-training in the Hunter Valley since September 2015. During that time she has continued to learn and improve and we are confident that she will develop into a talented TAB class greyhound.